Impromptu Moment Between a Dolphin his Caretakers Leads to Viral Video 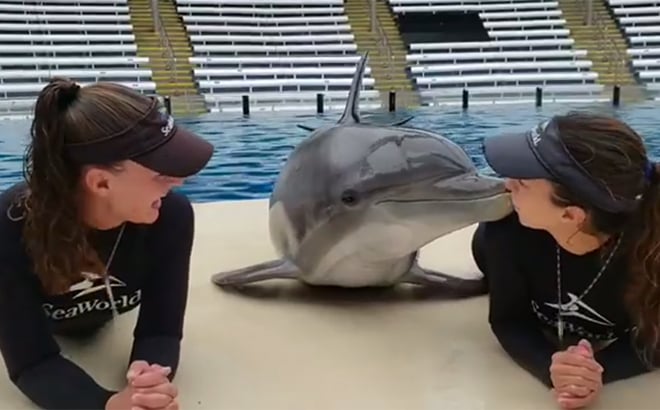 It wasn't the first time Diego the Dolphin bestowed “kisses” on his caretakers, but it was caught on camera and posted online – a moment seen by more than 23 million as the video went viral. The 21-year-old dolphin, known for being one of the most vocal in his pod, is seen sharing “kisses” – a behavior that Ashley Orcutt, the Animal Care Specialist who posted the video, says he learned on his own.
“We make time to interact with the dolphins every day, so we really get to know their personalities,” Orcutt explained. “The dolphins all respond to our energy. They get excited about learning new behaviors, especially when they see our excitement, which you can see throughout the video. My favorite part of my job is sharing my passion about Diego with our guests, helping them learn more about these amazing animals. Diego often expresses himself through vocalizations, which gives us an opportunity to engage guests about dolphin behavior. The more people know about dolphins and all marine animals, the more they will want to help protect their ocean home. I hope that people who watch this will see how much we love these dolphins and how devoted we are to their care.”
Diego has a confident demeanor and is known by SeaWorld’s animal care team for being playful, quirky and very athletic. He frequently vocalizes with the others in his pod or his caretakers throughout daily exercises or playtimes.
“We had just wrapped up for our training exercises for the day and the other animal care specialist and I sat down with Diego to play for a bit,” Orcutt said. “We don’t often take videos of the dolphins, but our team wanted to capture some of their unique characteristics on camera. Diego has given ‘kisses’ to individuals before, but this was first time he’s ever shared this behavior with two people.”
Diego currently weighs 450 pounds and every day eats a balanced diet of herring and capelin. According to Orcutt’s team, Diego gets along well with the other eight members of his pod and is nearly inseparable with a 25-year-old male dolphin known as Alejandro. The two are so devoted to each other, that sometimes they’ll even ignore cues to participate in health assessments or group activities with the rest of their pod.
Orcutt has been with SeaWorld for more than seven years in her dream role. Her love for animals originally comes from growing up on a horse farm in Pennsylvania, but her desire to work with cetaceans in particular was cinched during her first trip to SeaWorld Ohio when she was five. After graduating with a degree in biology in 2012, Orcutt started her career at the Orlando park where she’s worked with a variety of marine animals, including pilot whales and other cetaceans. She began working with Diego in 2016.
Animal care 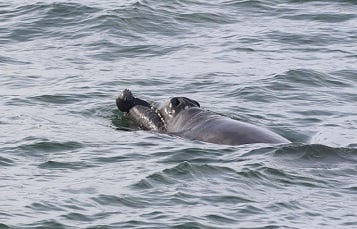 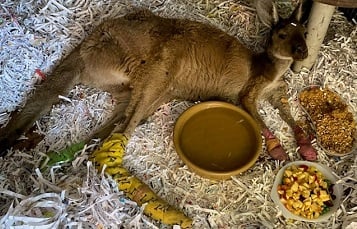 Conservation
Animal care
Are you sure you want to delete this item?