Researchers studying white shark populations were recently given rare access to an image that has likely never been seen before: the beating heart of one of the most mysterious predators in the ocean.

SeaWorld scientists aboard the OCEARCH research vessel off the coast of Nova Scotia captured with ultrasound the heartbeat of a live, wild white shark, believed to be one of the first times this has ever been accomplished. 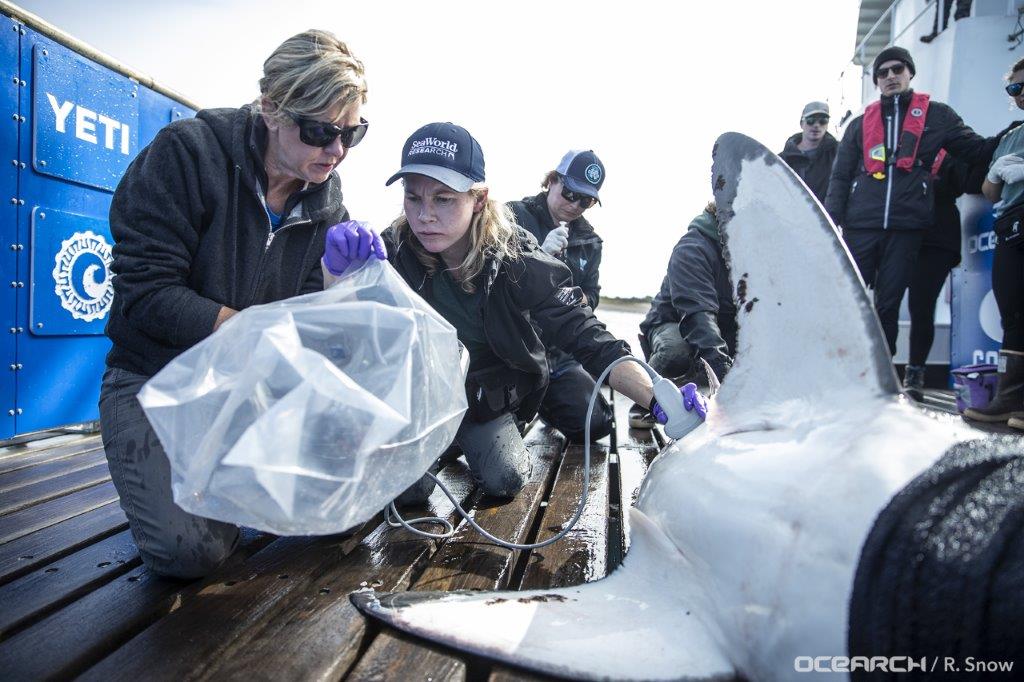 Dr. Gisele Montano is a SeaWorld researcher and part of the team of scientists that lived and worked on the OCEARCH vessel this past summer.  “Accessing an ultrasound of a white shark is extremely difficult, and thus extremely rare,” she explained.  “The 11.5 foot long, female shark, named Bluenose, needed to be in a perfect position with the probe placed just in front of its pectoral fins.  Pioneering such a basic exam in a wild marine animal helps us build a baseline, to help determine what “normal” looks like.”

Although scientists have known that a shark’s heart is two chambered, while humans, other mammals and birds have four chambers. Lesser known was the actual heart rate of a wild white shark.  The team collected ultrasound data from four sharks on its recent mission, and determined their heart rate is between 8 to 12 beats per minute, which at first seems extremely slow, however for a large shark in a resting position it could be considered normal.

Why is establishing a baseline, with information like heart rates so important?  Establishing normal health parameters in humans and sharks alike, give scientists critical information regarding normal physiology, and clues for evaluating future illness in the species. Sharks are sentinels for ocean health, therefore understanding the health status of a top predator provides clues about ecosystem health.  Having access to wild populations allows researchers blood, skin and fecal samples, providing clues in critical areas like microplastic ingestion, mercury concentration, parasites and bacteria.

Dr. Montano continued, “Understanding the basic biology of any animal is the only way to detect changes in the population or overall health of a species.   Like other marine animals, sharks are affected by changes in their ocean home – temperature, contamination and human pollution. The more we know about a shark’s biology helps us understand how they may respond, or adapt to environmental changes.“ 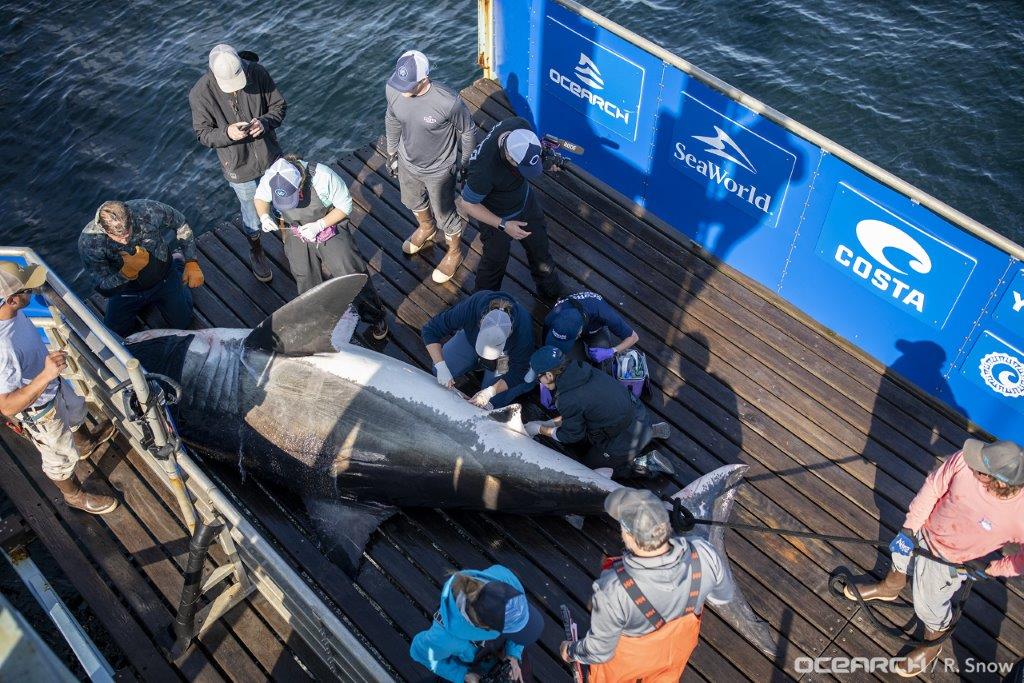 Back on board the OCEARCH vessel, researchers knew they were part of something very special.  “It was truly an awe-inspiring moment, visualizing the life force of such an incredible animal. It was an amazing collaboration that made this moment possible, one that I am so grateful for and I will most certainly never forget,” said Molly Martony, a veterinarian and part of SeaWorld’s aquatic veterinary residency program., who captured the images of the shark’s heart.  “It is an extremely unique and rare opportunity to be able to perform veterinary examinations on wild white shark populations, and the information generated from these health assessments are critical data for white shark conservation efforts. 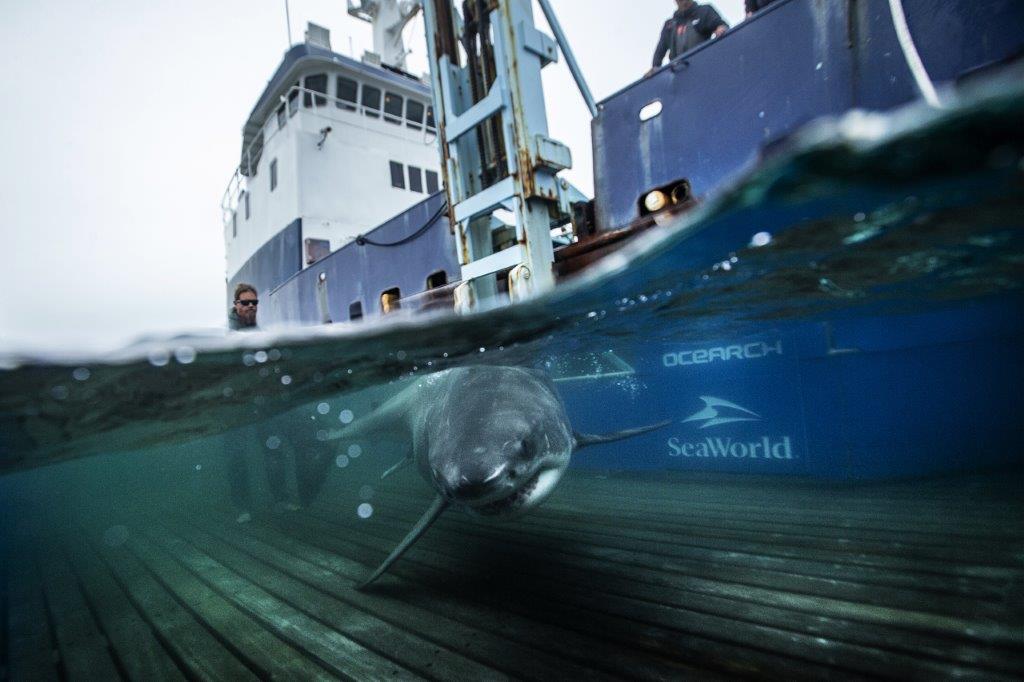 Molly Martony, a veterinarian and part of SeaWorld’s aquatic veterinary residency program, captured a rare ultrasound  image of a wild, white shark’s heartbeat.  The OCEARCH expedition was off the coast of Nova Scotia when this 11.5 foot female shark was brought on board for scientific research, tagged and returned to the ocean. 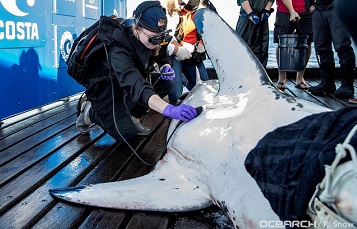 Molly is a practicing veterinarian who completed a year-long aquatic veterinary internship at SeaWorld San Diego and the National Marine Mammal Foundation. 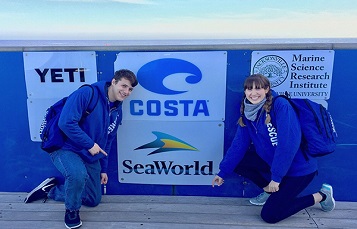 Learn more about how the OCEARCH and SeaWorld conservation partnership is helping ensure the future of our oceans from the perspective of two Youth Advisory Council members. 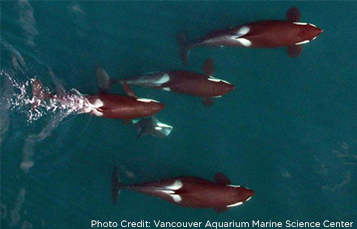 SeaWorld Commits $1.5 Million to The National Fish and Wildlife Foundation

SeaWorld and the National Fish and Wildlife Foundation (NFWF) announced an additional commitment of $1.5 million over three years from SeaWorld to the Killer Whale Research and Conservation Program (KWRCP). The program is dedicated primarily to providing support to aid in the recovery of the endangered Southern Resident killer whale population found in the coastal waters of Washington State and surrounding areas, known as the Salish Sea.

Conservation
Are you sure you want to delete this item?