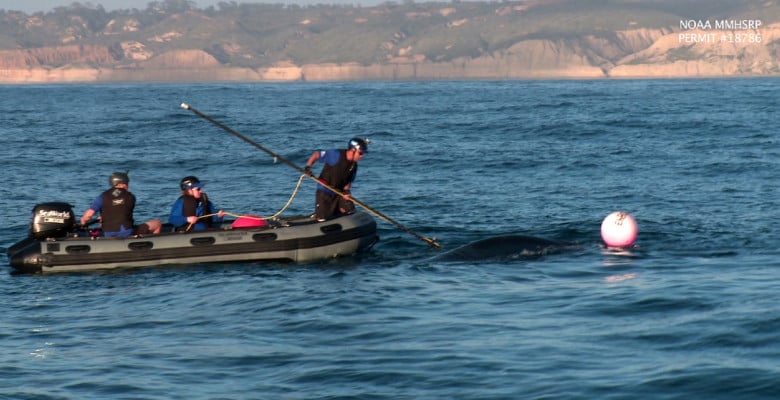 This past weekend the SeaWorld Rescue Team was called in to aid in the disentanglement of a 25-foot juvenile humpback whale seen off the coast of La Jolla, CA.

The whale, estimate to be 1 year old, was spotted approximately 3 miles off the coast with fishing line running through its mouth and entangled around its fluke area. The whale was also seen dragging fishing gear from its tail.

After two hours, the rescue team was finally able to cut the whale free. After a successful disentanglement, the team followed the whale for several moments to confirm that there was no more fishing line attached to its body. The team observed the whale quickly begin to swim northward in the direction of the normal migration pattern.

The SeaWorld rescue team came to the aid of six entangled whales in 2015. So far in 2016, SeaWorld rescue has rescued more than 130 ill, injured, or stranded sea lions – including this recovering sea lion – and seals in San Diego County. 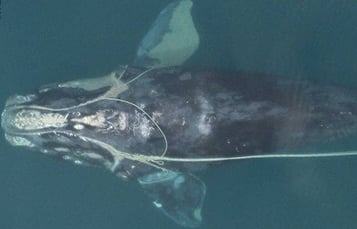 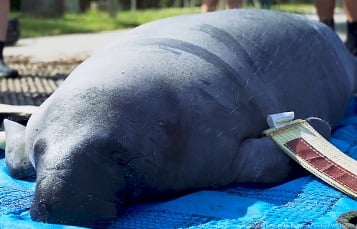 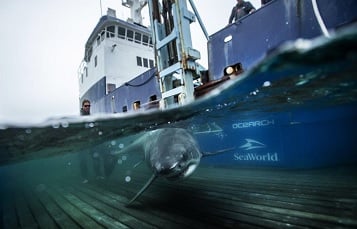