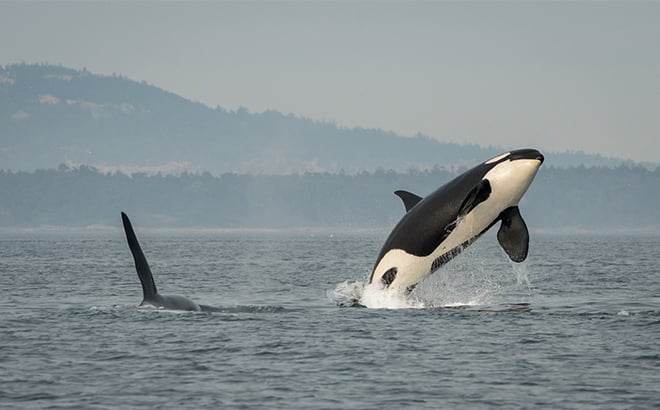 Last summer, the number of southern resident killer whales in existence plunged to a 35-year low, spurring increased efforts along the West Coast and in Canada to protect this critically endangered population. More recently, drone photos taken by the National Oceanic and Atmospheric Administration (NOAA) indicate a 42-year-old female, identified as J17, has declined in health since last fall. Her daughter, J53, has also deteriorated, sparking worry among conservation groups that their condition will worsen.

The plight of these killer whales has attracted widespread public attention, yet experts still can’t explain the cause of their decline, or solutions to ensure their long-term survival. That is why SeaWorld has partnered with other like-minded organizations across the country to provide expert veterinary support on the ground for these whales and forward critical killer whale research within its parks.

Last August, NOAA’s Marine Mammal Health and Stranding Response Program coordinated an emergency response to aid J50, a three-year-old emaciated orca. NOAA has long regarded SeaWorld as being among the most experienced in the world in caring for these whales, and asked SeaWorld to provide a team to advise on administering medication to the ailing whale on the ground.

Led by Dr. Hendrik Nollens, SeaWorld’s Vice President of Animal Health and Welfare, the team not only provided recommendations on-site, but also studied the fecal samples collected from J50’s pod at SeaWorld San Diego’s diagnostics lab to better inform efforts that could sustain the population in the coming years.

“SeaWorld is a worldwide leader in killer whale research,” said Dr. Nollens. “Because of this, we have a responsibility to help their conservation. Whether it’s by providing our knowledge, equipment, logistics or even staff, we’re ready to collaborate on any response to help southern residents.”

Samples studied from J50’s mother, J16 – who shared food sources with her offspring – revealed the whale suffered from parasites. That discovery led veterinarians to attempt to treat J50 with deworming medication, in addition to the remotely delivered antibacterial treatment, since the whales share prey.

Throughout our legacy of animal care and conservation, SeaWorld has also been longtime partners with biologists and veterinarians pioneering research on killer whales. Southern residents face a number of threats – including dwindling food supply and exposure to polychlorinated biphenyls (PCBs), a harmful chemical that was commonly found for decades in flame retardants and coolants – though it’s still unclear how these dangers impact physiological health and reproduction. Because of the access to healthy killer whales that researchers have in our parks, NOAA is getting closer to finding an answer.

Early PCB exposure can elevate a young whale’s risk of developing an immune deficiency and stunting their neurological development. In a collaborative study with SeaWorld veterinarians in San Diego and San Antonio, NOAA research fishery biologist Dawn Noren is hoping to determine how and to what degree toxins transfer from an orca mother to her calf. Studying milk and serum samples from healthy, captive whales at the parks, biologists are discovering that a mother will offload the largest dose of toxins to her first calf through her milk, while each subsequently born calf will have fewer toxins than their siblings. Understanding this rate of transference can help biologists better understand how toxins impact growth and overall health of individuals in the southern resident population.

The study also explores toxin transfer during gestation, which could play a role in declining southern resident birth rates. Despite multiple pregnancies over the last three years, only two calves born in the world to this population have reportedly survived. According to Noren, further studies indicate many of these pregnancies are not coming to term.

Southern residents remain in critical condition, though upcoming research may soon turn the tide on their decline. As stakeholders continue to monitor and study southern resident health, SeaWorld will maintain support informing and assisting in future responses. 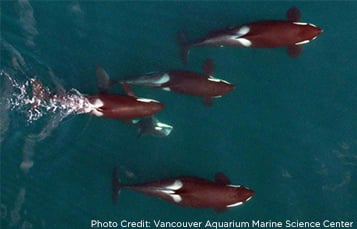 There is sad news from the West Coast of the U.S. According to reports, a wild juvenile orca within the Southern Resident pod has died from malnutrition. 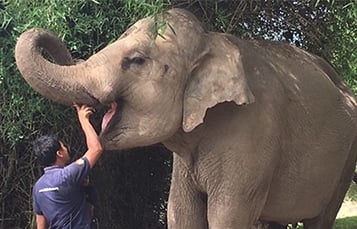 We conduct ground-breaking killer whale research, providing critical insights that have direct benefits for science. The animals in our care allow researchers, biologists and conservationists to better understand and conserve these remarkable animals in the wild.

Conservation
Are you sure you want to delete this item?