Saving The Reefs One Fish At A Time 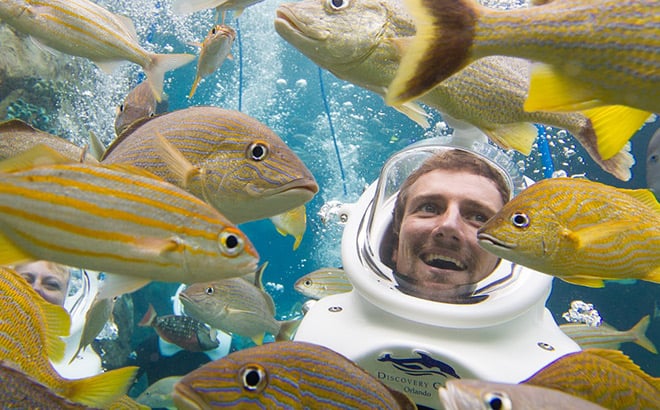 What was once just a swim at Discovery Cove in Orlando is now an opportunity to connect to the world’s oceans by supporting a conservation research program that aims to protect the planet’s most fragile ocean reefs - Rising Tide Conservation.

The collection of marine tropical fish can cause damage to both the reef and the ecosystem it sustains. This is where Rising Tide Conservation comes in. Started by SeaWorld, and now including universities, professional aquarists, aquaculture facilities and retail pet supply companies as partners, Rising Tide Conservation promotes efforts to breed and raise marine tropical fish in aquaculture facilities rather than collecting them in the wild.

“Rising Tide Conservation is a forward-thinking, innovative program that will have long-term, positive impacts on whole reef-based ecosystems and we are proud of our company’s long-held support of it,” said Discovery Cove Vice President Stewart Clark. “Now guests, too, can see firsthand – and be a part of – the efforts of multiple groups working together to help save reefs.”

The program recently celebrated an exciting achievement. In October 2015, SeaWorld announced a breakthrough in yellow tang breeding that was possible, in part, to funding from Rising Tide Conservation. 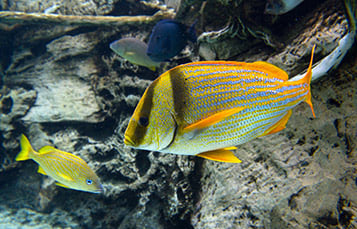 Discovery Cove directly participates in the program by collecting and donating fish eggs that otherwise would not hatch. The eggs that are collected are sent to partner laboratories in the program to be utilized in breeding research. The park also purchases fish that have been raised through the program, instead of collecting them off natural reefs.

The Grand Reef at Discovery Cove, which all guests can swim and snorkel in, is now home to hundreds of fish that have been aquacultured through this initiative, and hundreds more that are involved in the research program by providing eggs.

Additionally, new this year, guests who participate in the SeaVenture program also will directly help support Rising Tide Conservation, as the park is donating five percent of every program purchased.

Conservation
Get Involved
Rescue
Are you sure you want to delete this item?