Research at SeaWorld Benefits Killer Whales in the Wild

We conduct ground-breaking killer whale research, providing critical insights that have direct benefits for science. The animals in our care allow researchers, biologists and conservationists to better understand and conserve these remarkable animals in the wild.

As part of our core mission to inspire and educate, SeaWorld conducts and publishes the results of research on and about killer whales, provides access to our parks and animals in controlled environments, and supports field research projects around the world.

This research contributes to conservation of wild whales.

While all killer whales around the world are not classified as endangered, the distinct population segment of Southern Resident killer whales off the U.S. and Canadian Pacific Coast are listed as endangered by the National Marine Fisheries Service and also protected by Environment Canada under the Canadian Species at Risk Act. The research we conduct and support at SeaWorld is done in partnership with and made available to the scientific community, and may someday help researchers understand why this population of whales is in decline and perhaps help to reverse the trend.

Our parks = unique environments for researchers to understand killer whales.

We manage the largest collection of killer whales in a zoological setting; house them in state-of-the-art habitats; and provide researchers the unique advantage of animals that are trained and able to cooperate. Researchers can monitor these individuals daily over long periods of time. In short, we create a controlled setting for science that is impossible to replicate in the wild.

Scientific research performed at SeaWorld is carried out by our own research staff, and by scientists from national and internationally renowned universities and research organizations such as UCLA, the San Diego Zoo and the Hubbs-SeaWorld Research Institute.

We publish the results of our research in peer-reviewed journals, making it available to scientists, those who manage animal populations, and other interested people around the world. SeaWorld scientists have authored or co-authored hundreds of published papers. Of these, 50 contain information specific to killer whales.

We also provide resources and financial support to field researchers. This support is offered directly by SeaWorld, through grants from the SeaWorld & Busch Gardens® Conservation Fund, and by research foundations associated with and supported by SeaWorld, including the Hubbs-SeaWorld Research Institute.

In 2018, SeaWorld and the National Fish and Wildlife Foundation (NFWF) announced an additional commitment of $1.5 million over three years from SeaWorld to the Killer Whale Research and Conservation Program (KWRCP).

The KWRCP is focused on three strategies: increasing prey availability; improving habitat quality; and strengthening management through crucial research. The program is dedicated primarily to providing support to aid in the recovery of the endangered Southern Resident killer whale population found in the coastal waters of Washington State and surrounding areas, known as the Salish Sea.

SeaWorld’s prior investment of $1.5 million in the KWRCP, starting in 2015, has helped generate more than $5.1 million of total conservation impact, including investments from program partners Shell Oil Company, the U.S. Fish and Wildlife Service, and the National Oceanic and Atmospheric Administration, in addition to matching funds from grantees. The renewal of this public-private partnership is part of SeaWorld's $10 million pledge to fund research and conservation for killer whales in the wild—the largest private commitment of its kind.

Find more information about a few of the special projects at SeaWorld further below and how they’re benefiting killer whales in the wild.

This is only a small part of the extensive research that has been performed or is currently underway at SeaWorld. We invite you to take a closer look here.

Killer Whale Metabolism: How Much Do Whales Need to Eat?

Together with Hubbs-SeaWorld Research Institute, SeaWorld conducted groundbreaking research to answer the question: how many calories does a killer whale burn at rest (known as the resting metabolic rate). These findings help scientists understand how much food a killer whale needs to survive.

This has important implications both for wild whales and the habitats in which they live, particularly the endangered Southern Resident whales. Scientists believe that one of the reasons this population is imperiled is because of the declines in their principal food: salmon. Knowing killer whale food requirements will help scientists to understand the impact of that decreasing salmon population, as well as the impact the whales themselves have on fish and other animals in that environment.

Interestingly, the results of this study, published in the online edition of Marine Mammal Science, indicate that killer whales may require only half as much food as some previous models have predicted.

You might ask whether research on a whale living at SeaWorld applies to free-ranging animals. It does. Measuring the resting metabolic rate of a whale in the wild is prohibitively difficult. And since basic metabolic systems behave similarly within a species, this study gives a solid initial data set for BMR in killer whales. Further, it was a very well controlled study. However, since this is data from a single whale and not all individuals are exactly the same, extrapolating these results to the rest of the species should be done cautiously. Testing more whales will refine the dataset and strengthen the model for the species.

Follow-up research with SeaWorld’s killer whales will look at metabolism in two ways. First, we will repeat this study with additional whales to add data on resting metabolism. Next, we will look at how changes in activity patterns change food demands. This will allow scientists to understand how foraging for food might increase the caloric needs of wild whales.

Editor's note: This article has been revised from a previous version to clarify the application of findings from this study to wild populations.

It is important for scientists and conservationists to understand wild killer whale reproductive patterns so they can better understand the growth of those populations.

According to published studies, the neonatal mortality of killer whales calves in the Pacific Northwest (those between birth and six months) is unknown but estimated to be roughly 43 percent[2]. The significance of this number is similarly unknown. It may be a normal phenomenon, abnormal or changing. One difficulty with observing wild whales is that the only reliable way to determine pregnancy is in hindsight – after a killer whale is seen with a calf by its side. Because field observations are seasonal, that usually doesn’t even occur until the calf is almost one year old. While researchers can visually assess how many times wild whales have older calves, they have no way to know if the intervals between calves include failed pregnancies or neonatal losses.

To get an accurate benchmark for what wild pregnancy rates could be, the scientific community first needs accurate data on killer whale pregnancy, including how long females go between pregnancies, and how long they are pregnant. The answers to these questions and more have come from SeaWorld. We have publications dealing with whale pregnancy, reproductive hormones, cycling, birthing, nursing and information on calves less than six months of age.

And of course successful gestation and birth is just the beginning. The successes of our thriving killer whale breeding program also provides scientists with information and data on what is required for healthy calf development[3]. We can study calves’ nursing patterns and even determine the composition of a mother killer whale’s milk. This is another example of data that is only available through access to the trained whales in our care.

One area of focus is centered on how vocalizations might be a measure of health – or distress – in the wild. A study published in 2013 showed that Pacific Northwest killer whales have grown quiet compared to years past. Scientists don’t know the cause, and the results of these long-range vocalization studies may help us find out.

We can monitor the vocalizations of wild killer whales. But only at places like SeaWorld can we listen to specific individuals over many years to get the full picture of how they vocalize and how it relates to their world.

Working with the internationally recognized San Diego Zoo, SeaWorld helped to establish a killer whale fibroblast cell line – essentially, killer whale cells that play a critical role in wound healing and can be replicated in vitro in a laboratory setting. This was made possible using material from the umbilical cord of a killer whale calf born at SeaWorld. Attempts to obtain such samples from free-ranging animals have failed.

The opportunity to study these cells in the laboratory will permit research into the impact of specific toxins and viruses on wild killer whales. This opens doors to understanding how external factors, such as heavy metals like mercury, or specific infectious organisms, are impacting wild populations. This deeper understanding can be critical to their sustained well-being[4].

New investigations continue to build on this work. Currently, Heather Hill, Ph.D. of St. Mary’s University in Texas is looking at sleep patterns through a similar behavioral assessment that will expand knowledge of this phenomenon[6].

4] For more detail on the cell line project, go to www.sandiegozooglobal.org/what_we_do_banking_genetic_resources/frozen_zoo/the_frozen_zoo/

6] For more information on this project, go to www.stmarytx.edu/webfiles/undergraduate-research/docs/2010/geraci.pdf 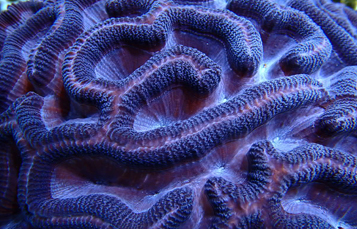