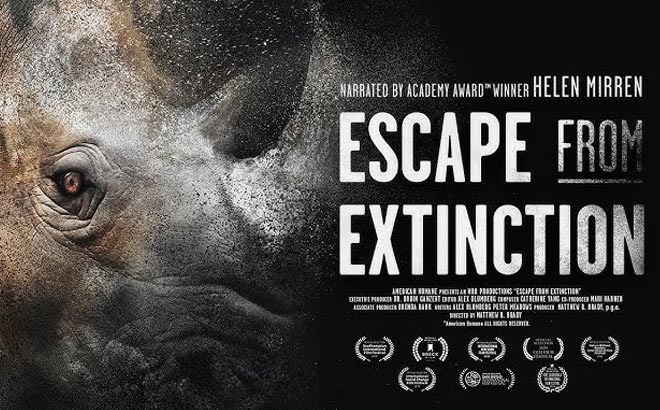 Dr. Christopher (Chris) Dold, the Chief Zoological Officer at SeaWorld Parks & Entertainment, Inc. (“SeaWorld”) recently sat down with us for a Q&A session about the new, eye-opening documentary, Escape From Extinction. The film aims to raise awareness of the rising threats facing animals and their habitats across the globe. SeaWorld is featured prominently throughout the film as a leading accredited zoological organization actively helping to combat what scientists are calling a “Sixth Mass Extinction.”

Q: Dr. Dold, tell us a little bit about the film, Escape From Extinction. What was SeaWorld’s involvement in the documentary?

A: As one of the world’s leading animal welfare organizations, SeaWorld has a mission and duty to raise awareness of a major global crisis facing animals today. Over 1 million species—out of 8 million on the planet—are on the verge of extinction. Yes, you unfortunately heard that correctly. This can and should be considered a “Sixth Mass Extinction,” and we are facing this heartbreaking situation today, as we speak.

Escape From Extinction highlights the work done at modern-day accredited and certified zoos and aquariums, like SeaWorld, who are leading the charge to save the lives of these animals, and I’m proud of the work being championed here. In Escape From Extinction, you will learn about the work done by other organizations as well, including the Chicago Zoological Society, Woodland Park Zoo, the International Union for the Conservation of Nature, and others. SeaWorld is proud to be an active member of this vital and professional community.

Now more than ever, individual support is needed across both local and global borders to stem the tide. This film will hopefully serve as both an educational tool and a call to action for everyone to help make a positive impact on animal species preservation.

Q: What are zoos and aquariums doing to lead this charge?

A: At SeaWorld, we are proud to care for the animals our guests see every single day when they visit our parks, but we are also leading on the frontlines of both animal rescue and conservation. As you will see in Escape From Extinction, we are taking quick and meaningful action to address challenges that humanity has never witnessed before. The documentary helps tell the true story of this effort—spotlighting the work being led by organizations like SeaWorld.

The film does a phenomenal job of highlighting these global stories and how simply visiting one of our parks or other accredited local zoos and aquariums, is an act of conservation and can help fund these and other important conservation projects. Each visit is an opportunity to learn about vulnerable animals and how we can all do our part, from things like cutting down on plastic usage to volunteering to clean up our beaches and parks, to help save animals in the wild.

Q: What are some examples of how SeaWorld has supported the preservation of various species?

A: SeaWorld’s longstanding marine animal rescue program has helped recover and preserve threatened and endangered species such as the Florida manatee and the Guadalupe fur seal. Less well known, but still vital to conservation, are projects like the light-footed Ridgway’s Rail breeding and reintroduction program in San Diego County. The Ridgway’s Rail is a hen-sized marsh bird on the verge of extinction. The project is a groundbreaking example of how we are making an impact. Since 2001, SeaWorld and the San Diego Zoo, along with U.S. Fish and Wildlife Service and others, have partnered closely to help hatch chicks and reintroduce the birds into the wild as adults, aiding in the recovery of this endangered species.

And through the SeaWorld Conservation Fund, we are able to support the recovery of many species, including the critically endangered North Atlantic Right whale by helping to fund the development of new lobster and crab trap technology that will dramatically reduce the pervasive risk of entanglement. Since its inception in 2003, the Fund has granted over $17.5 million to more than 1,200 projects with 81 organizations in 70 countries around the world.

Q: What do you hope fans take away after viewing this film?

A: After watching Escape From Extinction, one thing should be really apparent. If various animal species are taken out of our global ecosystem, entire ecosystems can and will collapse. They are directly interconnected. The loss of any species has a direct impact on the livelihood and welfare of other animals in the wild.

SeaWorld partners with leading researchers, academics, and conservation partners on the ground to make a real impact on the health, survival, and future of these animals. We also connect real people to this vitally important work.

I hope our fans will walk away with a clear understanding of the truly amazing animal conservation work that is being led by accredited zoos and aquariums. I encourage everyone to go see the film, learn more, and be a good steward of the planet and the animals that live in it.
Conservation
Get Involved 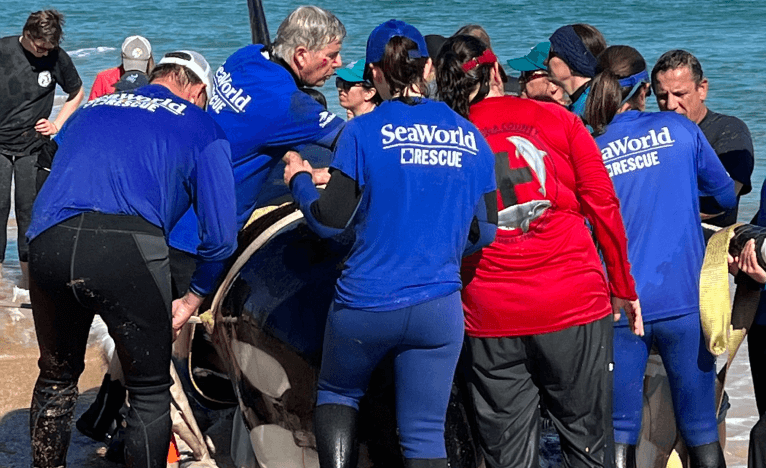