Recognizing the Next Generation of Conservation Leaders 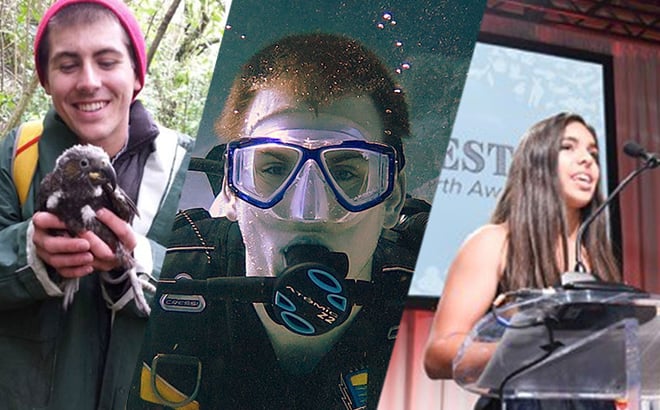 Nearly half of the world’s population of over seven billion people are under the age of twenty-five. At SeaWorld, we recognize that if we’re serious about addressing the environmental challenges facing our planet we must inspire and support the next generation of conservation leaders. We are proud to work with partners around the world on initiatives designed to elevate the role of young people in the fields of conservation and education.

Highlights of the three day program included the opportunity for award winners to join our SeaWorld education team for behind the scenes tours, animal interactions, and informative presentations from our ambassadors. Through these experiences, award winners had the opportunity to learn first hand about the animals in our care, our wildlife rescue efforts, and innovative conservation and research programs. Awardees also had the chance to network with each other and members of our Youth Advisory Council, building connections to foster future collaboration among young leaders from across the country.

To wrap up the weekend, participants came together with their guests for the Environmental Excellence Awards presentation – an opportunity to reflect on and celebrate their conservation impact, while gaining inspiration to continue to pursue their work to protect the planet and inspire others to do the same. In an effort to further support these young leaders, each award recipient will receive recognition on our online platforms, $1,000 to assist in their efforts to change the world, and ongoing opportunities to support their work.

Arya Bairat developed a biodegradable plastic with a distinct combination of inexpensive materials. His environmental stewardship strives to help mitigate the large magnitudes of plastic pollution found in the world.

As a docent at the Tennessee Aquarium Luke Black informed the public about conservation. Soon after, he spent four months in New Zealand working at Zealandia, a wildlife sanctuary just outside of the NZ capital, Wellington. He then worked at the Houston Zoo, where he was one of ten selected to participate in the collegiate conservation program, a teambuilding/leadership experience (essentially a conservation boot camp) in which they studied virtually every aspect of conservation from grant writing to trail building. Currently, he is in the process of completing an independent research study titled: Effectiveness of Conservation Education At the Chattanooga Zoo.

Brandt Coleman is a scuba Divemaster and Rescue Diver and an avid environmentalist. He has served as an environmental educator aboard Pete Seeger’s flagship, The Clearwater and as a summer naturalist and dive intern at Newport Aquarium. Recipient of the Etscorn International Research Scholarship, Brandt spent a summer as a research diver working with the Universidad Nacional Autónoma de Mexico studying cenotes in the Yucatan Peninsula. While on a 2016-2017 yearlong U.S. State Department fellowship in Germany, Brandt recently completed a Baltic Sea research internship at Thünen-Instituts für Ostseefischerei working on the Rügen Herring Larvae Survey and Otolith Study and with the Universität Rostock Institut für Biowissenschaften, Angewandte Ökologie Biologische Station as a geoscience researcher in Zingst, Germany.

Nick Famularo is the founder and chair of the Northeast Florida Sierra Student Coalition, a group of young environmental activists striving to make positive change in the community. As a Care About Climate ambassador, Nick is designing and teaching a lesson plan in local elementary schools that focuses on the causes, effects, and solutions of anthropogenic climate change. In his spare time, he enjoys leading nature walks, debating politics, and researching environmental issues. Nick plans to pursue environmental studies and public policy in college.

After co-founding We Care Act when he was 7, Eric Li has been focusing on engaging other youth to do community service. Since then, he has educated youth about computer recycling, it's effects, and has distributed refurbished computers all around the world. In addition, he has helped thousands of victims of natural disasters recover through disaster relief work.

Ryan Moralevitz has been leading ocean conservation initiatives for five years. His focus is tending to the local beaches and waterways by organizing clean-ups, sea oat and mangrove plantings. In addition, Ryan makes and sells sea-themed ornaments and sun catchers and donates the profits to benefit the oceans. To date, Ryan has donated over $6,000.00 to marine conservation efforts

Hannah Testa, founder of Hannah4Change, is an internationally-recognized eco-activist and change maker from Atlanta, GA.  Only 14 years old, she has raised funds and awareness for many environmental issues and animal causes, with a focus on plastic pollution and its impact on wildlife, human health, and our oceans.  More recently, Hannah was able to get February 15, 2017 declared as Plastic Pollution Awareness Day in the state of Georgia, the first event of its kind in the nation. 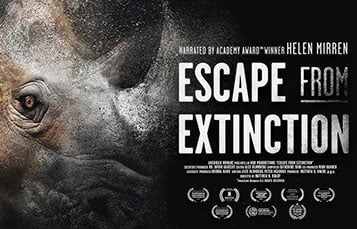 Dr. Dold, the Chief Zoological Officer at SeaWorld, sat down with us for a Q&A session about the new, eye-opening documentary, Escape From Extinction. 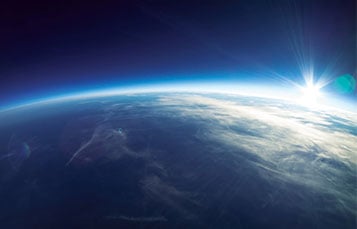 Today the world is marking the 50th anniversary of Earth Day, but at our SeaWorld and Busch Gardens Parks we strive to celebrate and care for the planet every day.

Conservation
Animal care
Partners
Are you sure you want to delete this item?